HomeNewsTop 5: Water Projects of the Future

Top 5: Water Projects of the Future

Working with technology in water all day makes you feel like an expert on the matter. The Age of Technology has developed some wonderful ways to connect the world, but as we progress into a time where resources deplete, we look to technology to protect and create food, water, and energy. Here’s a look at five technological breakthroughs that will change the way water is used for humankind:

No matter which way we look at it, fresh water is a non-renewable resource that is becoming endangered. Fresh water makes up only 3% of the world’s water, with 68% trapped in ice caps and glaciers (National Geographic 2015). Did I mention that many of those glaciers are melting into the ocean, becoming salt water?

The importance of desalination of water will grow within the next few years as scarcity of water increases. Supply and demand, as the water supply decreases, the price of water will increase, and the potential opportunity for revenue for desalinization technology will increase. As the revenue potential increases, the greater the return on investment is on development of this technology. The technology exists now (see Darley Purifire Systems), but actually employing it in mass would require investment and replacement of existing water treatment facilities, a venture not taken lightly. 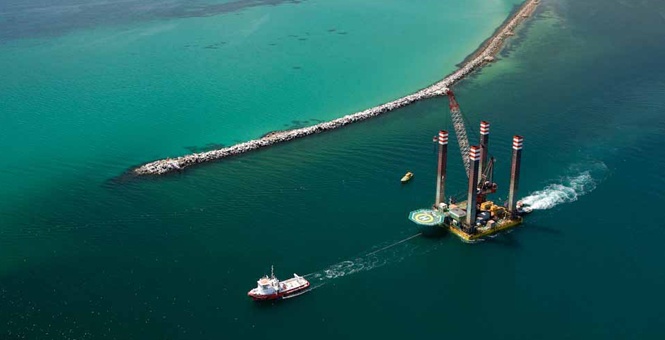 Hydroelectric Dams are far from a new technology, or from being obsolete now. These dams provide 19% of the world’s electricity (USGS 2014). As you look toward a future with renewable energy resources replacing energy sources such as Coal, Oil and Gas, you hear plenty about Wind, Solar, and Geothermal energy sources. This is due to their minimal impact on the environment. Hydroelectric dams are usually to blame for disruptions in the environment because of their interruptions in flow patterns and effect on fish that travel through the mechanisms.

Improvements in the technology continue to be made, including turbines that do not decimate the local fish population and flow management technologies that maintain water levels in the surrounding regions (Union of Concerned Scientists 2015). The main advantage to this energy source is its ability to provide flexible energy generation to the ever-changing needs of a power grid, where the other sources like Wind and Solar are variable and more difficult to predict.

Speaking of renewable energy, a new technology has been recently developed to harvest the power of ocean currents. Using the pressure of waves to generate cycles of expansion and contraction, it drives a turbine connected to a generator. This source of energy is currently developed on a small scale to minimize environmental impact, a key ingredient to future development as seen with Hydroelectric power, but is currently unable to produce enough energy for large power grids (Oregon State University 2014).

As with any other renewable energy source, the time will come where the powers of supply and demand will create the market for this technology to be developed further. The opportunity to harness the ocean’s power makes sense for 40% of the global population that lives within 100 kilometres of a coastline (United Nations 2015).

Aquaculture is not a new phenomenon and is generally a sustainable approach to providing food resources, however there are better ways of creating fish populations for harvest (NOAA 2015). Integrated Multi-Trophic Aquaculture is a developing method of fish farming where multiple species are farmed together in an enclosed space that allows for the waste of one species to be recycled and fed to another. A great example of this is in New Brunswick, Canada where this system is being developed for Salmon and Mussels, the Mussels benefit significantly from Salmon waste, and this recycling process reduces waste in marine environments and reduces the risk of algal blooms (Canadian Aquaculture Industry Alliance 2015).

The opportunity to gain efficiency and improve quality of current fish resources is a hard one to ignore. This is an economically and environmentally beneficial solution, which is why it should be viewed very positively moving toward the future and should become a standard practice. 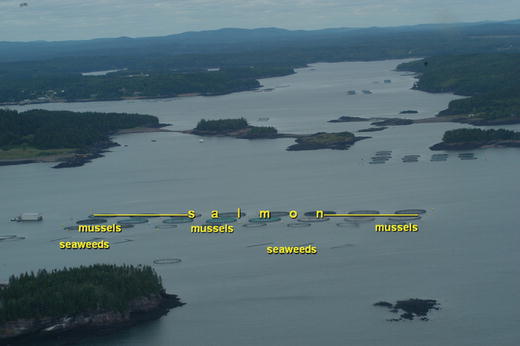 Coral Reefs benefit earth in a tremendous number of ways. They provide a home for thousands of marine species, protect shorelines from waves, and provide medicinal and food resources. It is estimated they yield $30 billion USD in goods and services and $375 billion in economic benefits through tourism and jobs as well (Global Issues 2013). The environmental benefit of the Coral Reef is their actions as important Carbon Reservoirs, but as the oceans experience acidification from increases in atmospheric Carbon Dioxide, the Reefs are destroyed, which only magnifies the issue of Global Warming, because losing the Reefs would weaken our ability to absorb Carbon Dioxide.

The Reefs need to be protected and rehabilitated. Coral Guardian has built artificial reefs that facilitate growth of the reef and protect the environment for the species that support the ecosystem (Coral Guardian 2015). This is a revolution in protecting one of the “rainforest of the ocean.” Protecting biodiversity is important because higher biodiversity boosts the ecosystem’s productivity. There are two things that unite these items on this list, one being that they are all water related projects. The other is that they all can and should be inspected regularly for long term success and there is no easier way to do that than with a Deep Trekker ROV.