What is Commercial Diving

The commercial diving industry plays a large role in ocean exploration, infrastructure, aquaculture, military and salvage operations. Anytime something leaks, crashes, sinks or catches fire in the marine world, commercial salvage crews are called to solve the problem. Without diving operations, underwater incidents can have seriously detrimental impacts to surrounding ecosystems and human health. Despite the associated risks and dangers, salvage diving operations are extremely important.

With such a broad and potentially dangerous breadth of tasks, underwater drones can assist divers to maximize efficiency, effectiveness and safety. 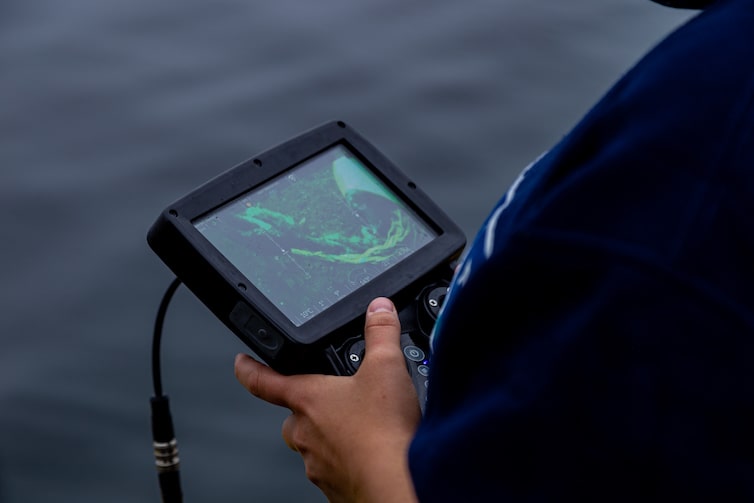 What Industries do Commercial Divers Work For

The range of industries that require commercial divers is vast. One of the most common branches of commercial diving is offshore diving. In this case divers conduct underwater work to support exploration and production in the oil and gas industry. Typically offshore diving work centres around the maintenance of oil platforms and the construction of underwater structures.

Inshore or inland coastal divers often work in assisting civil engineering jobs. While the job sites vary wildly from harbours, lakes and rivers to hydroelectric dams, the tasks centre around inspection and construction and repair. For example, commercial divers may be used in the construction and maintenance of pontoons or bridges.

Widely recognized as one of the most dangerous branches of commercial diving, HAZMAT divers enter dangerous or contaminated waters. Special requirements are necessary and vary from job sites such as raw sewage, dangerous chemicals and oil sludge.

Salvage diving involved the recovery of ships, aircrafts and other vehicles and structures that have sunk or fallen into the water. Clearance diving, the removal of obstructions and hazards to navigation, is closely related to salvage diving but has a slightly different purpose. In clearance diving, objects are not intended to be recovered, just removed or reduced to a condition where they no longer constitute a hazard.

Commercial divers can also work in ship husbandry completing the general inspection, cleaning and upkeep of the underwater hull, rigging and general equipment of a ship. This can also include non-destructive testing and underwater repair. 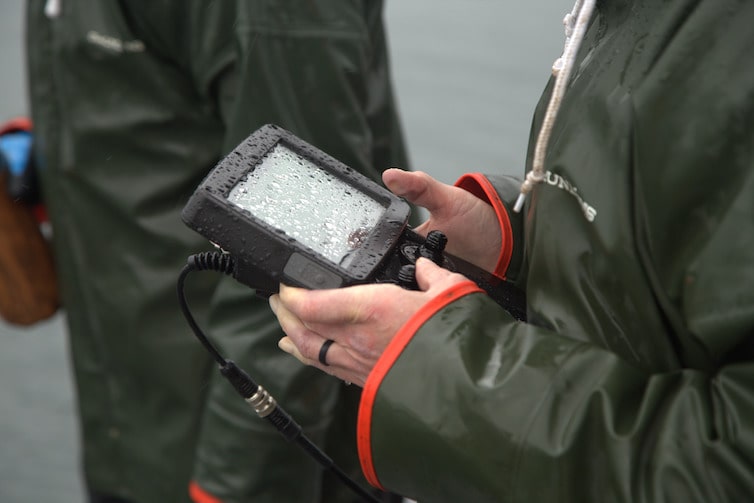 Where do Commercial Divers Work

A commercial diver works in a variety of underwater settings such as seas, lakes, rivers, harbours, tanks and other underwater or submerged infrastructure.

As the industries in which a commercial diver may work are extensive, a diver may find themselves in any number of places around the globe.

Underwater accidents and diving fatalities do unfortunately occur, despite our best attempts to prevent them. Here are some the most common dangers divers face when entering the water:

Currents are a major risk to divers, especially to inexperienced scuba divers. The movement of currents can be unpredictable and strong currents are exhausting to the body. Consequently, making it harder for a diver to return to a point of safety. Additionally, harsh currents can cause tiredness, quick depletion of air and acceleration of gas loading.

Scuba diving equipment can experience a variety of failures such as mask cracks, O-ring malfunctions, losing or rupturing regulators. Failures in diving gear can be fatal to a diver or result in serious injury.

To prevent equipment defects, always inspect gear for damages and irregularities. As well, it is important to attend diving courses that teach how to handle common gear failures.

Decompression sickness, also known as the bends, is an illness associated with scuba diving. The sickness happens as the compressed air used during diving requires the body to take additional nitrogen and oxygen. During the dive, the nitrogen enters the bloodstream and stays there for the duration, however the oxygen is utilized by the body. When divers ascend quickly from a dive, the water pressure quickly decreases. Consequently, it can cause nitrogen to create bubbles in the bloodstream or tissues, which can harm the regular blood flow and blood vessels. The symptoms that can be experienced include confusion, memory loss, hearing loss, nausea and many more. As well, symptoms can show up to 48 hours after diving.

Nitrogen narcosis happens commonly around 100 metres of depth. It is caused when nitrogen is inhaled at increased pressures. The narcosis is dangerous as it can cause hallucinations, euphoria and lack of concentration. As a result, it can impair a diver’s ability to make good decisions and judgements

During a dive, divers can risk being tangled or trapped in a variety of places including caves, shipwrecks or under ice. When divers become tangled or trapped, it can result in fatality with the most common cause of death being deprivation of oxygen.

When diving, divers risk colliding with a boat and the propeller which could result in an injury or death. It is important to monitor divers to prevent boat strikes. This is especially important in areas with large amounts of boat traffic, where the risk of a strike is higher. Additionally, when performing ship inspections divers face the risk of bumping into a boat, resulting in possible injury.

With the right training, experience, knowledge, protocols and tools, these risks can often be minimized or prevented. Additionally, the use of an ROV could further mitigate these dangers and keep human divers safe. 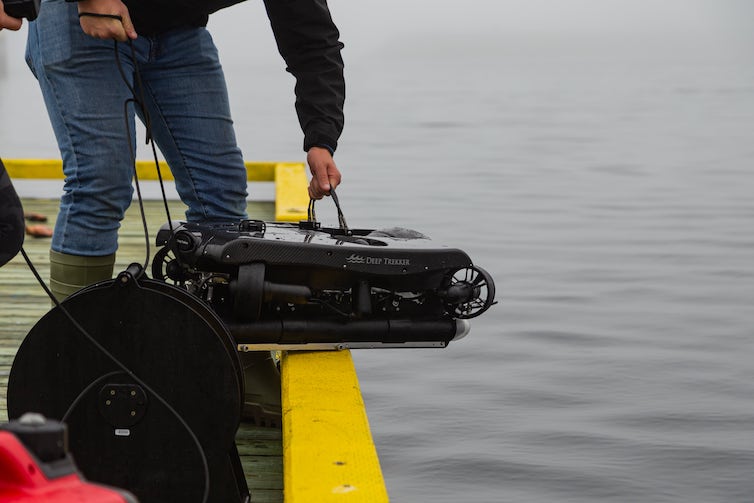 Remotely operated vehicles or ROVs are unmanned, highly maneuverable underwater vehicles used for a variety of underwater tasks while being operated by a pilot topside or on the shore. These camera equipped vehicles allow users to get eyes underwater safely and efficiently.

Intelligent and easy to use, ROVs are durable and portable solutions for submerged inspections.

With an ROV, operators can get eyes underwater quickly and easily. Offering a safe, convenient and economical alternative to divers, ROVs are changing underwater industries.

Diving is inherently dangerous, no matter the situation. Human safety is paramount in any mission. An ROV provides teams with a safe and reliable alternative or complement to divers in a variety of industries.

Inspect Before, During and After Dives

Before sending a human under the water, an ROV can conduct a safety survey on the dive site to ensure that the job is safe for a diver.

Using the underwater drone dive teams can accurately and efficiently check for any underwater risks. Protruding branches or wires that divers could get snagged on can be identified in advance to prevent incidents. Varying water conditions or other nearby hazards can be spotted easily, allowing teams to enter the water prepared.

Furthermore, the ROV pre-check provides users with a lay of the land. Divers can get their bearings before they even enter the water. Operators can also look for potentially hazardous or confined spaces to avoid or plan for. The dive pre-check also ensures that teams are well prepared for the task at hand. The correct equipment can be arranged, efficient plans can be put into place and quotes for customers can be accurately drawn up.

With an ROV divers can also be remotely monitored during their dive. An operator above the water can observe divers in action to ensure the safety of the team. As underwater work can be hard to demonstrate, this footage can then also be shown to the client to give them a first hand account of the completed work. Finally, this footage is also useful for training and review purposes following the dive trip.

With an ROV divers can be spared the risk of entering tight and confined spaces. Confined spaces pose an undoubted risk to diver safety and the use of a submersible ROV can eliminate that risk.

Battery operated ROVs such as Deep Trekker’s provide a safe alternative to putting a human diver into a confined space. Small size and straightforward portability allow users to use the ROV for accurate inspections of tight space, without exposing humans to the risk of such locations.

It is not uncommon for commercial divers to have to enter turbid waters. Poor visibility poses a serious risk to divers as they navigate through unfamiliar waters.

An ROV can be equipped with tools such as auxilary lights, floodlights, auxilary cameras, and zoom cameras to enhance underwater vision. Perhaps most valuable however, is the ability to integrate sonar and positions systems into an ROV to allow for accurate navigation and detailed inspections in the murkiest of waters. Tools such as Doppler velocity logs (DVL) and ultrashort baseline systems (USBL) allow for stable and precise navigation and tracking. Multibeam sonars allow for a complete underwater picture despite turbidity. By using a sonar equipped ROV, users can safely navigate and inspect underwater without putting divers into hazardous conditions.

Additional Benefits of an ROV

In addition to keeping commercial divers safe, an ROV can provide users with numerous benefits to optimize their operations.

When a diver is in the water is it imperative that operations shut down to ensure safety - furthermore some inspections even require dewatering which is both time consuming and expensive.

With an underwater vehicle operators can safely conduct inspections with shutting down systems or dewatering assets. Not only are divers kept out of danger, jobs can be conducted quickly with minimal impact to overall operations and budget.

With an ROV users can get in the water in minutes - without waiting to schedule and coordinate with busy dive teams. By utilizing the convenience of an ROV, organizations can save a significant amount of both time and money.

Deep Trekker ROVs are straightforward and easy to use and deploy. Convenient Pelican carrying cases allow for equipment to be moved from job to job without hassle. Straightforward deployment allows users to get eyes underwater in minutes. Finally, ease of use requires minimal training to effectively operate the vehicle underwater. 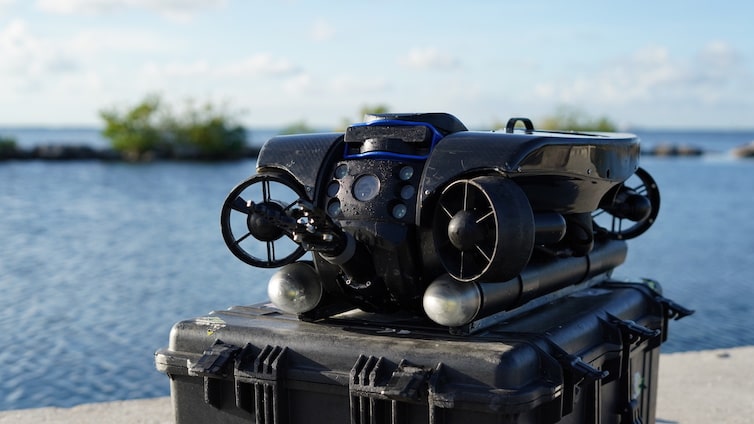 Deep Trekker has two underwater ROV models; the DTG3 and the REVOLUTION. Deep Trekker ROVs are designed for maximum portability and maneuverability. Its compact size and onboard battery power allows access to remote locations.

Deep Trekker’s battery powered and easily deployed ROVs are quick and easy to use - providing dive teams with a reliable way to confirm the safety of their mission.

The DTG3 is an intelligent and advanced vehicle. The mini observation-class vehicle is portable and easy to use, allowing operators to quickly deploy and inspect underwater environments. Mission-ready with serious payload capabilities and advanced stabilization, the REVOLUTION is a completely re-imagined ROV. The patented pending revolving head allows operators to rotate the camera, manipulators and sonar all while station holding in moving water.Using an ROV to conduct pre-dive inspections can increase safety and efficiency, ultimately saving time and money.

You can learn more about how commercial dive teams use Deep Trekker vehicles in our case study with Extreme Divers or our blog How Commercial Divers Can Benefit from an ROV. Our team of industry experts is always here to answer any questions you may have, reach out today!

Do you want to take the leap and create an ROV package of your own? We can make a custom Deep Trekker package just for you. Talk to one of our team members today to get started.

Sonar Systems: All You Need to Know

Sonar systems have many applications, but what should you know? This guide...