With global populations increasing exponentially over the past century, the demand for food production is also growing at a rapid pace. As a response, sustainable food production from aquaculture is rising in popularity due to its resource efficiency. From 1990 to 2018, worldwide aquaculture production increased by 527%. However, with fisheries facing pressure for consistent year-over-year growth to match demand, illegal operations can arise as an effort to increase production.

What is an Illegal Aquaculture Operation?

Each nation, state, or province has lists of laws and regulations which aquaculture sites must follow to be considered a legal operation. Compliance with these codes ensures that fishing operations follow safe, sustainable, and ethical procedures. In Canada, fish farms are bound to the Fisheries Act as a standard for management of licensing, environmental engagement, contamination, and general fishery obligations. 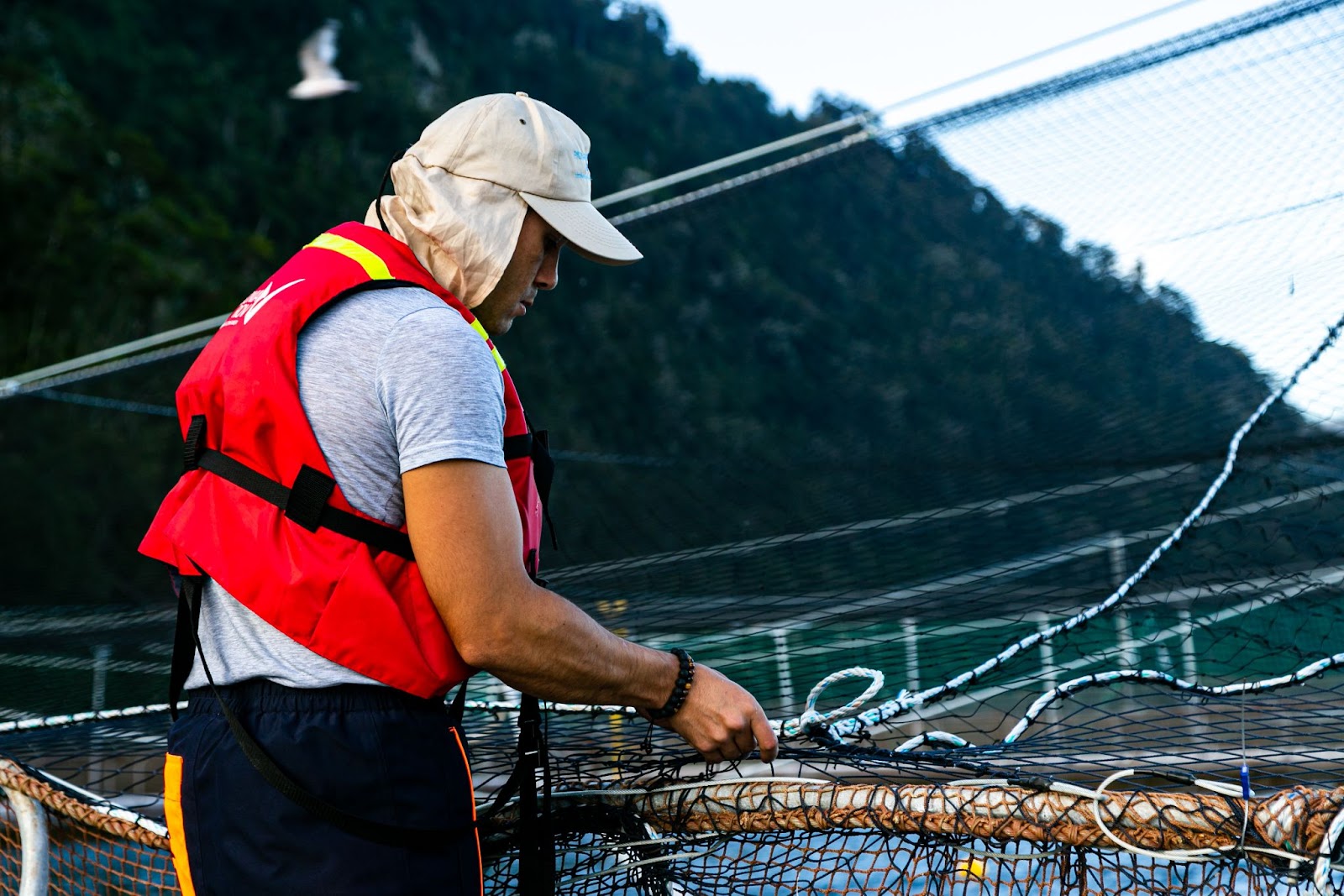 The Global Seafood Alliance lays out a number of aquaculture best practices for their members to follow. Organizations like this allow for fisheries to receive certifications to highlight their safe and sustainable practices. With dedicated guidance, farm operators can be sure that they are optimizing operations for environmental responsibility, food safety, animal health, and social responsibility, while avoiding legal complications.

Why Do Illegal Operations Occur?

While it may seem like the clear option to operate legally, there are a number of financial and ethical reasons that farm operators are tempted into illegal practices.

Running a legal aquaculture site requires purchasing and maintaining updated licenses. Licensing costs can range, but are typically a few thousand dollars a year. However, costs after the fact of maintaining an operation to the legal standards can be costly in comparison to an unregulated farm.

Associated costs can include paying dive teams for consistent inspections, conducting regular maintenance tasks, and using only approved materials, chemicals, or feed. Although short-term, an illegal operation may avoid some upfront costs, potential fines can be catastrophic. Under s. 40 of the Canadian Fisheries Act, corporations will face a between a $500,000 - $6,000,000 fine for first offenses.

Locations for aquaculture sites are restricted under law for a variety of reasons. These can include the avoidance of potentially harmful environments, isolating from native marine species, protecting natural habitats, etc. Due to these location constraints, illegal operations may arise to capitalize on the vacant space.

For the sake of convenience, cost, or emergency, fisheries may be tempted to use illegal substances, or illegal levels of legal substances on their farms. Again, the short-term benefits can be outweighed by the massive risk associated. A perfect example of this would be Kelly Cove Salmon. In 2013, to combat an outbreak of sea lice, Kelly Cove Salmon resorted to using a pesticide known to contribute to lobster mortality. Once identified and investigated, a fine of $500,000 was issued for the violation. 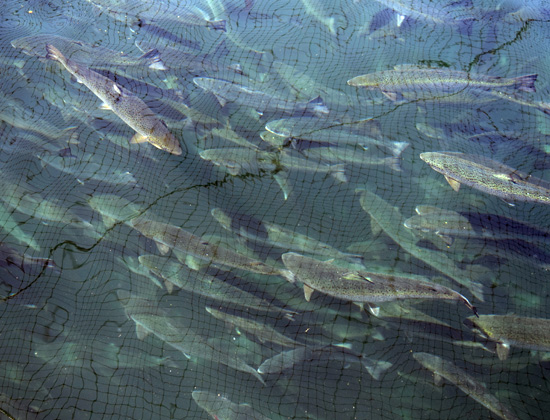 National regulations dictate which species are acceptable to be farmed at aquaculture sites, mainly for protection against invasive species. Illegal farms can be tempted to farm these species to offer competitive advantages to meet demand. However, farming unapproved species can potentially decimate local populations in the event of stock escapes.

Aquaculture regulation enforcement varies from country to country, however most nations have an official fisheries department in place. For instance, Canada and the U.S. are regulated under Fisheries and Oceans Canada and NOAA Fisheries respectively. These federal agencies are responsible for regulating aquaculture sites for food safety, drug/pesticide use, transfers, site approvals, land management, and day-to-day operations.

Underneath the federal level, oftentimes provincial/state governments assist in many capacities of regulation. Breaking into the province/state level allows industry regulations to be more specific, making for more appropriate enforcement for each region.

Want to Learn More about ROVs in Aquaculture?

With 17% of the world’s edible meat coming from aquaculture production, it is vitally important to ensure that measures are in place to provide high quality and safe food. Fish from unregulated farms have higher potential to contain dangerous levels of microplastics, parasites, PCBs, or mercury since the environment and chemicals used cannot be tracked. Consuming fish with higher levels of these contaminants can result in various health concerns such as brain/nervous system damage, cancer, and birth or developmental defects.

Location, chemical use, and farming illegal species can all contribute to degradation of natural environments. Pesticides or medicines can be overused or unmanaged, causing a destructive drift across habitats. Additionally, the bodies of uncontrolled fish mortalities can release harmful bacteria into marine environments.

The farming of illegal species introduces a major concern of escapes resulting in invasive species. Without consistent monitoring and maintenance of net pens, escapes can be unpredictable. Depending on the species, even minor breaches can cause irreparable damage to natural populations or spread foreign disease. 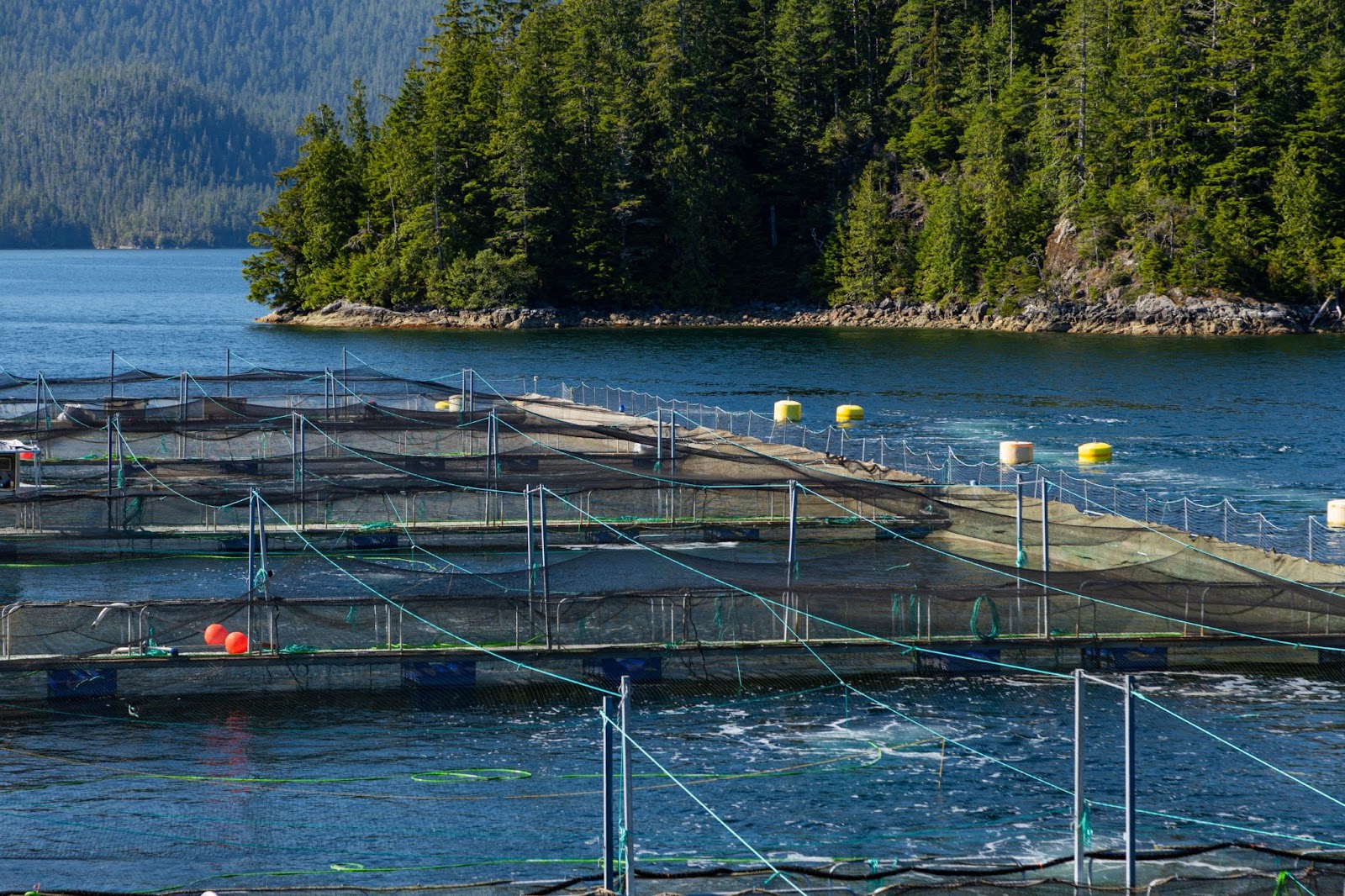 This example from an illegal Nile Tilapia farm in Ghana shows what can happen in these circumstances. After opening prior to legal approval, Nile Tilapia began escaping, causing an invasive take over, with up to 10% of the local fish population being replaced after only 3 years of operation. Long-term, this can carry irreversible consequences to historical fishing patterns and wreak havoc on natural environments.

Illegal aquaculture sites are not bound by the regulations of workplace health and safety. This can lead to a variety of human or animal rights violations, including unsafe equipment, extended work hours, underage or undocumented workers, overstocked pens, etc. The best way to ensure humanitarian or animal rights are not being infringed upon is to legally register a fishery and be subject to inspections by governing agencies.

Once an official site audit has been conducted and the farm is due for closure, operators are able to safely monitor the dismantling process of the aquaculture site using the ROV. It’s integral to ensure that the cleanup is completed and nothing is left that could harm the environment. Depending on the size of the abandoned gear, an ROV equipped with a grabber claw could feasibly be used for retrieval.

How ROVS are used in the Regulation of Illegal Aquaculture Operations 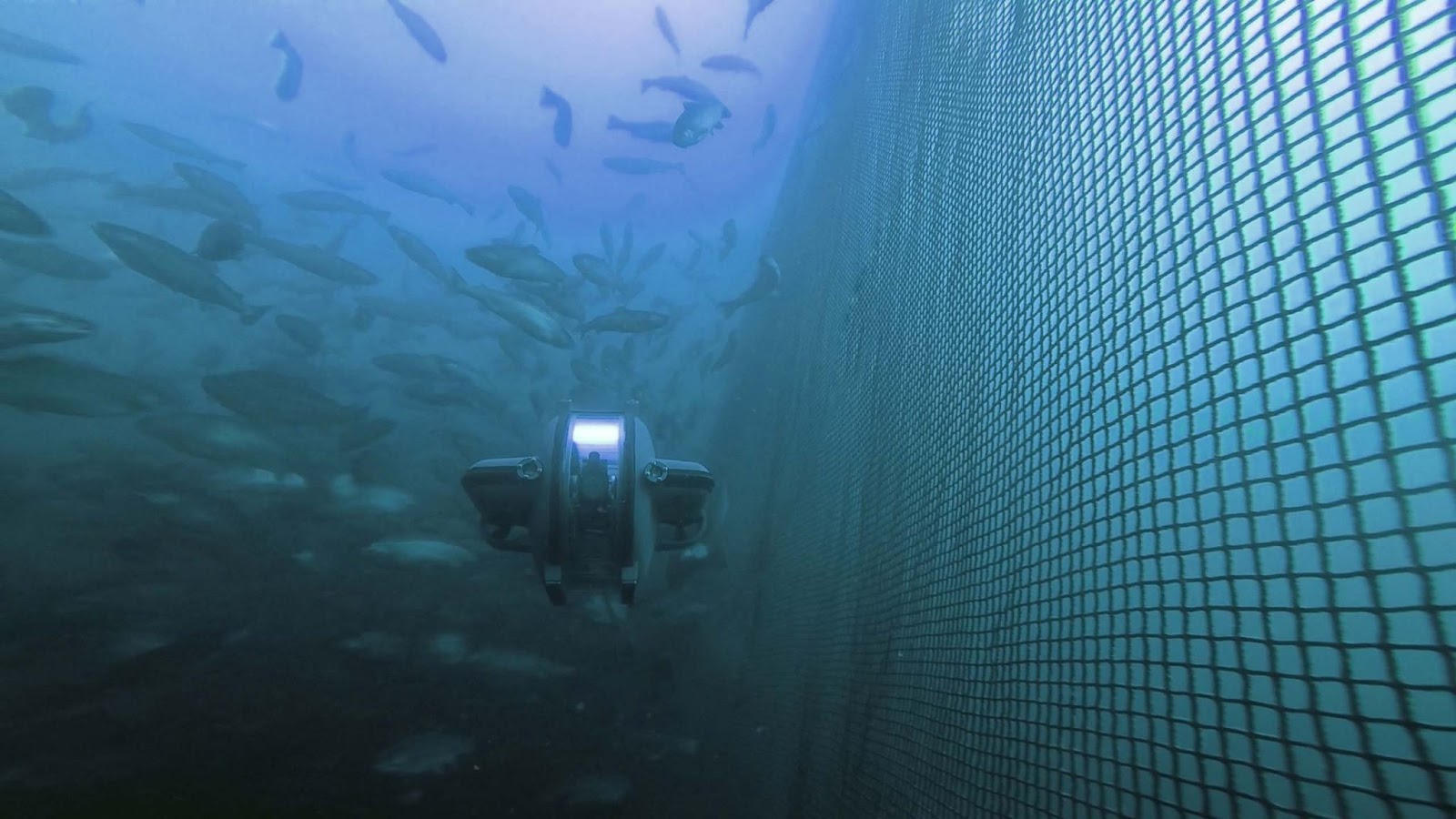 ROVs act as an invaluable tool for officers to evaluate submerged portions of aquaculture sites. Submerged asset inspections have historically been limited to the capabilities of divers. While effective at performing tasks underwater, deploying divers introduces concerns over depth, time underwater, cost effectiveness, time efficiency, and equipment malfunctions while in an enclosed area.

Observation or micro class ROVs can quickly and easily be deployed by officers to evaluate and record the status of nets, mortalities, parasite outbreaks, stock species, or other submerged assets. When equipped with a sonde or sampling tool, ROVs can also be effectively used to record environmental data to ensure safe chemical levels. All of these operations can be effectively performed while an officer remains safely on shore.

One of the causes of an illegal operation can be the complexity or costs associated with consistently hiring divers to ensure the site is up to code. ROV ownership simplifies this process and empowers owners to conduct visual inspections at a moment's notice, whenever required. This prevents issues from going undetected and lowers the chances of unintentional violations of aquaculture standards.

Deep Trekker ROVs are renowned for their portability. Utilizing lithium ion batteries removes the need for direct topside power, providing a truly portable system. Compact form factors allow all units to fit into one or two wheeled Pelican cases, simplifying transportation. With base weights of 18 - 57lbs, a single operator can easily lift and deploy Deep Trekker ROVs through most environments. This provides the flexibility for officers to bring them from site to site, or for farm owners to easily deploy from small boats for routine inspections.

Deployment Times and Ease of Use

Simple, portable, and reliable designs also provide the benefit of rapid deployment. During investigations, this exponentially increases efficiency. Rather than relying on divers to gear up, take necessary depth or communication precautions, and resurface as needed, a Deep Trekker ROV can deploy in under a minute. Select units can yield an impressive eight hours of battery life, meaning an entire day’s work can be completed on a single charge. 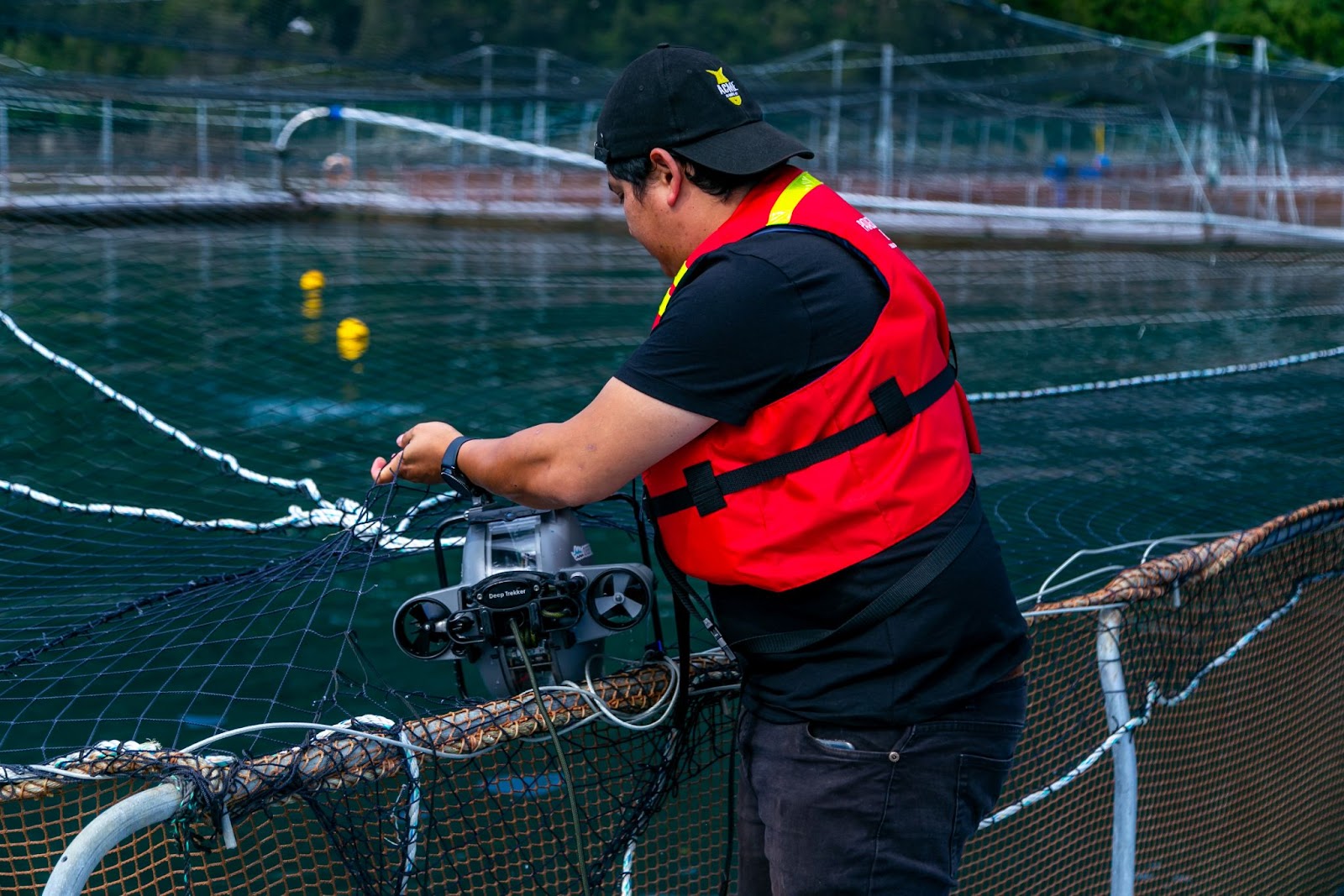 The intuitive handheld BRIDGE controller resembles the controls of a video game, shortening the learning curve for use. Robust features combined with simple controls results in a powerful inspection tool that most officers will immediately be able to operate.

All of Deep Trekker’s ROVs are designed with rotating cameras for smoother recording and simpler piloting. Depending on the unit, this 220 to 270 degree plane of view is extremely useful for surveying the underside of pens or scanning the seafloor for fish sewage or uneaten food. 4K resolution or 18x zoom options are also available for precise examination and documentation of assets or parasites. 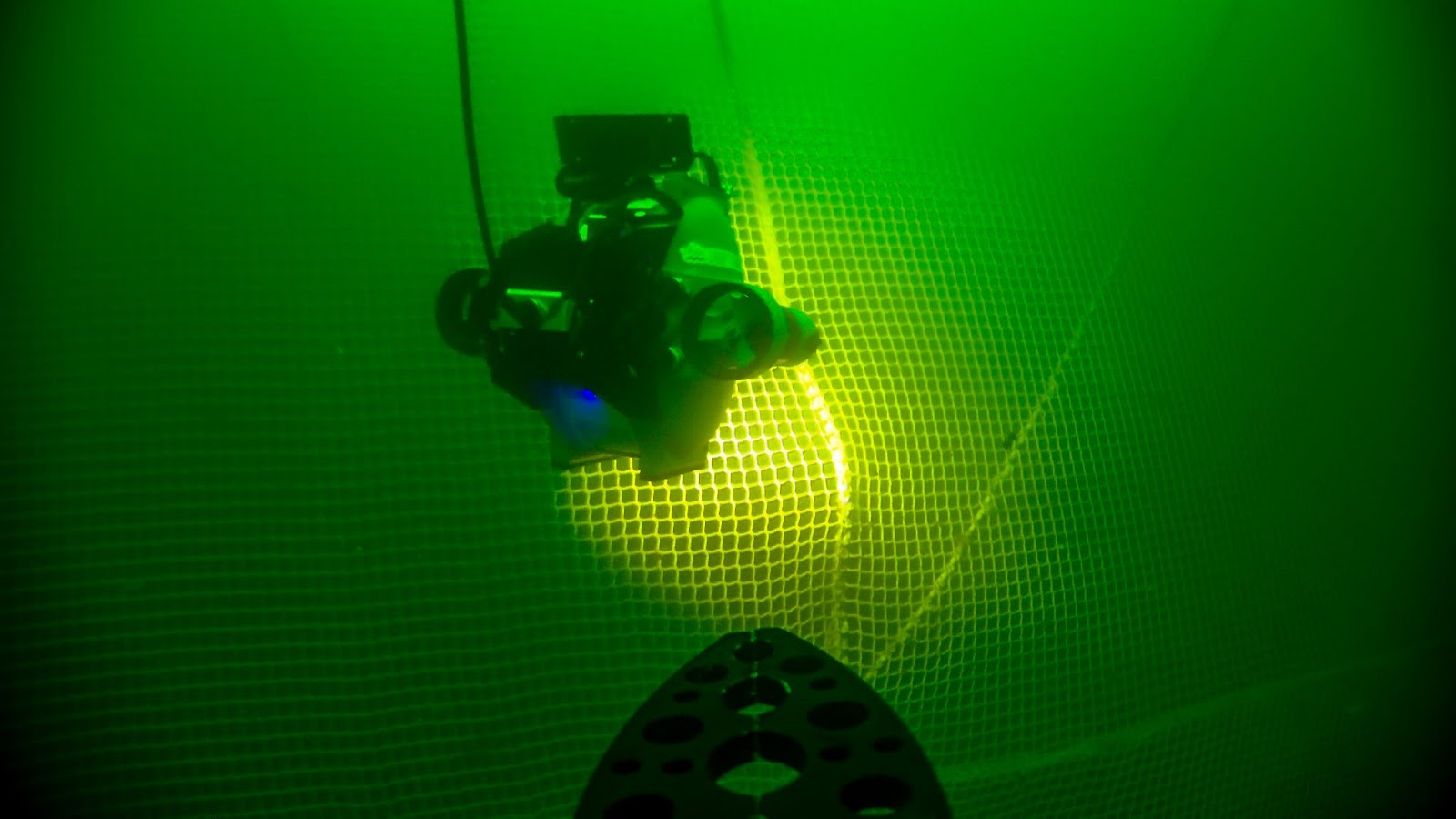 As always, our team of experts is available to answer any questions you may have. If you’re looking to streamline aquaculture inspections, rely on the ROVs trusted by Fisheries and Oceans Canada. reach out to get your customized quote today.