Exploring with the Deep Trekker systems, travelling the world, adventuring among wrecks, visiting customers and meeting industry professionals are by far the biggest perks working at Deep Trekker. We experience so many unique situations and meet so many amazing personalities.

Among the incredible people we encounter working at Deep Trekker, are a number of professional and commercial divers who have a passion for marine exploration as well as working beneath the waves. In this mini-series we are going to feature some of the amazing divers we meet through our Deep Trekker contacts. Keep checking back for our Diver Profile series on our blog. 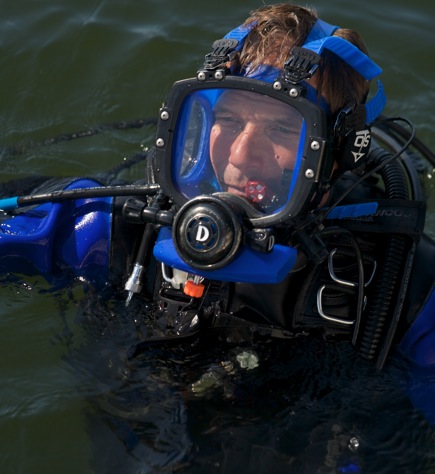 The first diver we are featuring is a close friend of Deep Trekker’s. He’s been diving for over 30 years and has helped to film, produce and been a part of numerous diving broadcasts and television shows. Mike Fletcher began diving professionally in 1977 and has spent thousands of days in the water since then.

I first met Mike last summer when he joined Sam and I on the water in Port Dover, Ontario to explore with the Deep Trekker DTG2 and DTX2 ROVs. He was extremely humble and laid back. It was impossible to tell the degree of success Mike has encountered over the years without knowing beforehand. His love of diving was obvious as Mike spoke about various underwater adventures and encounters.

It is clear to me that Mike does what he does because of his passion for the water and exploration. That’s why after years of successful endeavors, Fletcher continues to dive regularly and partake in expeditions particularly within the Great Lakes.

Growing up on a dairy farm near Port Dover, Fletcher certainly wasn’t born into a diving life. At age 13 his father sold their farm and bought land on Lake Erie. This, mixed with the debut of a number of dive related shows on television sparked an interest in diving within Mike. He explains that he used to lay in bed at night listening to the sounds of the oil rigs and platforms off the coast and imagine the sort of work available for divers out there.

In 1975 Mike Fletcher began his career in the marine construction and offshore oil and gas industries. He was hired on as part of a crew building an oil refinery. While in that position the crew was in need of a diver to perform tasks underwater and Mike volunteered. From there he became their commercial diver. In 1977 he was hired by Place Gas and Oil as a full time commercial diver.

When he wasn’t spending his hours working in the water, you could usually find Mike in the water exploring the many shipwrecks that lay on the beds of Lake Erie and surrounding Great Lakes. As his dives grew longer and deeper, Mike acquired more certifications and further developed his diving capabilities. 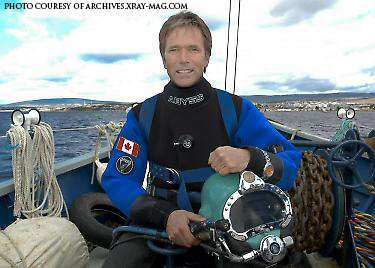 Mike obtained his certifications for operating decompression chambers and also became a licensed dive medic and captain. From there he began to explore the world of underwater cinematography. Mike’s first cinematic endeavor was Sea Hunters where he was the diver coordinator on the National Geographic Series. In addition, Mike has been an integral part of a number of History Channel and Discovery Channel broadcasts.

Today, Mike can be found diving with his son Warren on their new series Dive Detectives. The description for the series is as follows:

“The series covers a wide range of stories involving war, hidden treasure, disaster, science, and archaeology. The Fletchers travel the world, from the murky depths of the Mekong River to the warm, clear seas of the Caribbean to the frigid waters of the Canadian Great Lakes, shaping a dramatic, action-packed narrative that features real people and real missions unfolding in gripping actuality.”

Mike continues to strengthen his relationship with Deep Trekker and attends a number of our demos. He uses our ROVs regularly on his expeditions searching for missing wrecks and exploring those already found.

Be sure to check back to hear of any updates regarding Mike Fletcher’s excursions and Deep Trekker.

Deep Trekker, a Canadian underwater robotics company, has been acquired by UK...

What Makes a Good Underwater Camera

This article will act as a comprehensive guide through the different features...