Home / News / The Difference Between ROVs and AUVs
Back to News

The Difference Between ROVs and AUVs

There's a beautiful, blue planet to explore, both above ground and underwater. In earlier times, the ocean's depth limited people's ability to explore the ocean. Unassisted, humans can't dive to profound depths, as the water's pressure and weight quickly become too much. The risk of physical injury to divers becomes more likely starting at depths around 40 meters.

That's where underwater research vehicles come into play. In the 1960s, scientists, including naval researchers, developed the first underwater vehicles. These include human-occupied vehicles (HOVs) and crewless vehicles, such as remotely operated vehicles (ROVs) and autonomous underwater vehicles (AUVs). ROVs and AUVs have both revolutionized deepwater exploration while keeping human scientists and researchers safely above the surface. Learn more about the differences between ROVs and AUVs and when you might use one versus the other.

ROVs and AUVs are both submersibles that can explore the depths of the ocean without a human on board. There are distinct differences between the two, though.

What Is an ROV?

An ROV is a submarine that a researcher operates from above the water's surface. An ROV remains attached to a controller by a tether. The tether allows the crew aboard the ship to reel in the ROV at the end of a day's exploration. It also limits how far from the research vessel the ROV can travel on its own.

The tether's length can vary, depending on the project and the ROV's depth rating. An ROV with a depth rating of 305 meters can connect to a 1,000-foot tether without issue. Along with having different depth ratings and tether lengths, ROVs vary in size and speed. The type of ROV that might be right for your project depends on your goals, what you want the robot to do and how deep you need to go into the ocean.

Once they are in the water, what can ROVs do? Plenty, as it turns out. It's not uncommon for a camera to connect to an ROV, giving the team on the ship above a view of the ocean depths. The ROV can send video and images to the surface, shining a light on the equipment conditions that might be underwater. If the ship is investigating hazardous materials that somehow made their way into the ocean, the ROV's video can provide a clear picture of what's going with those materials without a diver having to put themselves at risk.

You can also fit an ROV with attachments that allow it to pick up items from the ocean's surface, such as sediment. One such accessory lets the ROV collect water samples, while a claw add-on allows it to pick up rocks or other larger pieces of debris.

While some ROVs draw power from the ship itself, through the tether, others are battery-operated. The battery power allows for speedier deployment of an ROV. It also allows the ROV to remain in the water for several hours at a time. 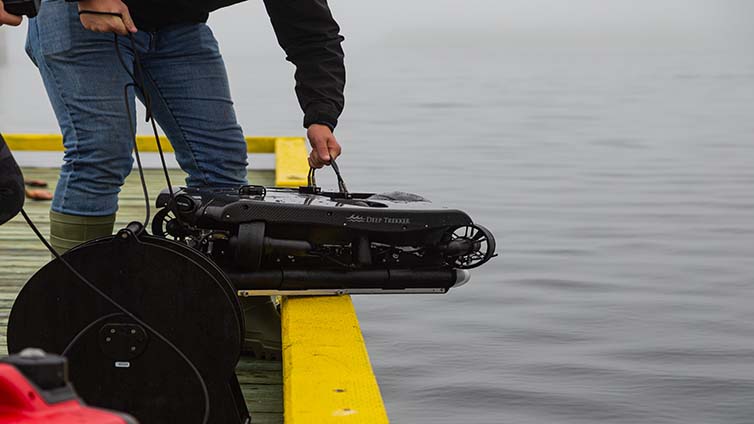 What Is an AUV?

While an ROV remains tethered to a ship and remotely operated by a person aboard, an autonomous underwater vehicle or AUV gets to roam the ocean somewhat freely. One way to think of an AUV is like an autonomous car. Before lowering an AUV into the ocean, researchers program it, telling it where to go and what to do. The AUV might collect data or capture images or video. After completing its assigned tasks, the AUV makes its way to a meeting point, where researchers on the ship bring it out of the water.

Generally speaking, AUVs are better suited for collecting data in the water than collecting physical objects or water samples. They are a bit like the set-and-it-forget tools of underwater research. Since they don't require a human operator, the crew aboard a ship can focus on other tasks and projects while the AUV is underwater, gathering data.

Though crew members program AUVs before lowering them into the water, some can change their programming or adapt their missions on the fly, based on the conditions they encounter in the water. Usually, an AUV has sensors that allow it to detect water temperature and other conditions. The AUV might change course or complete its mission sooner than expected, based on the information it collects.

What Are the Benefits of Submersibles? Capabilities and Strengths

Crewless underwater vehicles such as ROVs and AUVs allow you to explore the depths of the ocean, check on equipment and investigate hazards and concerns without sending a team of divers into the water. Each has different advantages and might be the right choice for your project, depending on its needs and scope. Take a closer look at each underwater vehicle's strengths and capabilities. 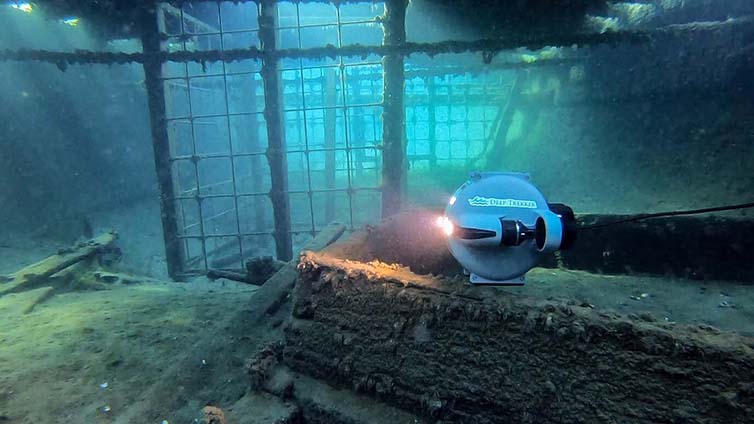 Here are some of the benefits of using an ROV.

Consider these benefits of using an AUV.

Learn more about which underwater ROV is best for your application

Do ROVs and AUVs have Add-Ons?

Add-ons let you customize an underwater vehicle so that it best fits your needs. Generally speaking, add-ons are available for ROVs, but not for AUVs. Add-ons for ROVs let the vehicles complete tasks such as collecting samples or gathering materials from the ocean's bottom. Here are some available add-ons for Deep Trekker ROVs.

Choosing Between ROVs and AUVs 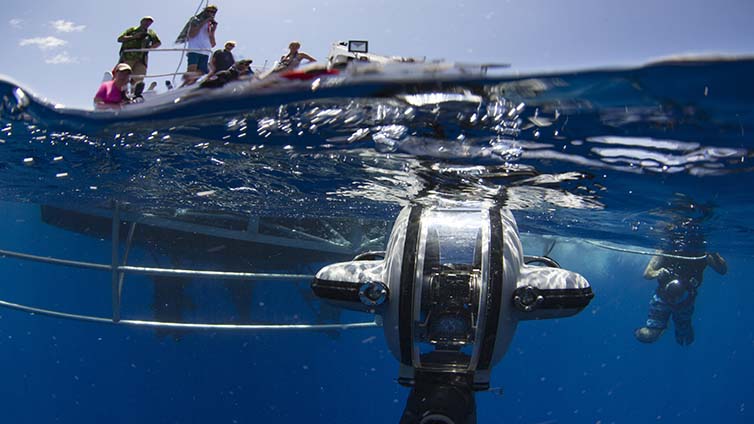 Should you use an ROV or an AUV for your next project? The answer depends on multiple factors, from the project's overall scope to its budget. An AUV might make more sense for some underwater research projects, while an ROV is better suited for others. It could also be the case that an AUV is better for one part of your project, and an ROV is the clear choice for another component. Here are a few aspects consider when choosing between an ROV or an AUV.

Deep Trekker ROVs are the right tool for a range of underwater exploration projects, including search and rescue, inspections and marine life research. Learn more about our ROVs and available add-ons and see how an ROV can help your project by requesting a quote today.

Learn about different methods used to perform surveys of the seafloor & the...

Consistent inspection, whether GVI or CVI, is crucial for the overall safety,...