HomeNewsEugene Water and Electric Board

Eugene Water and Electric Board

We spoke to Jon Thomas of the Eugene Water and Electric Board (EWEB) to hear how they use their Deep Trekker ROV for a variety of applications. Oregon’s largest customer-owned utility, EWEB is responsible for providing water and electricity to the Eugene community and surrounding areas including east Springfield and the McKenzie River Valley. EWEB does everything with their core values of safety, reliability, responsibility and community in mind, making Deep Trekker a great fit for the organization.

Taking advantage of Deep Trekker’s versatility and toughness, EWEB has been able to use their ROV in many useful and inventive ways throughout their facility. 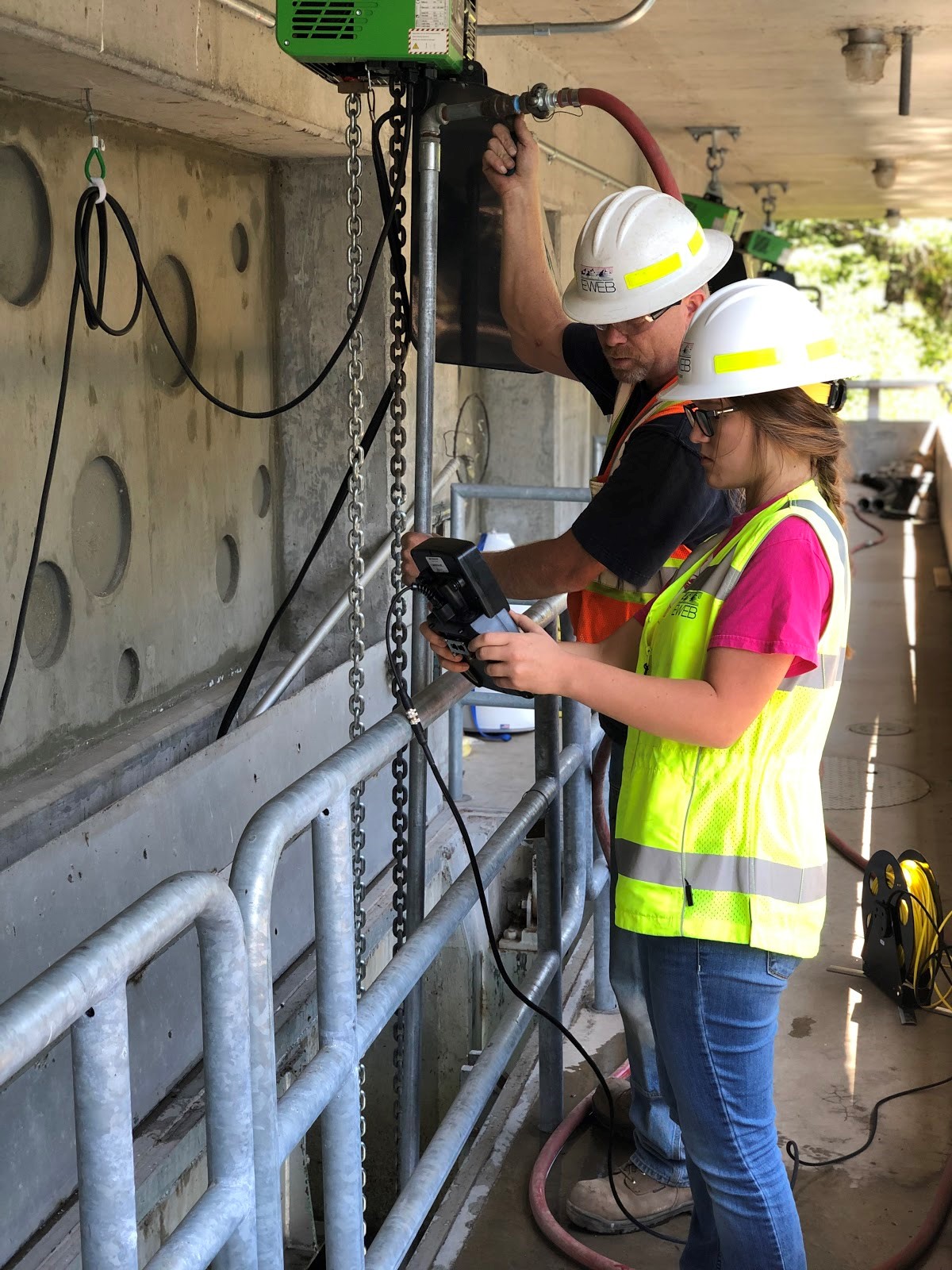 The ROV has been primarily used within the hydroelectric generating plant to perform underwater tasks including monitoring, inspection and observation of equipment and processes.

Having the ROV has allowed Thomas and the EWEB team to quickly and easily perform tasks that previously would have cost the organization a great deal of time and money in hiring divers. Thomas said, “I could come up with at least 5 times so far where we would have scheduled divers to do what the ROV did.” Thomas pointed to occasions where the ROV was being used to evaluate the accumulation of debris on the intake trash racks allowing the Utility to optimize the use of hired divers when needed. On another occasion, Thomas and his team noticed that the stoplogs were unable to create a watertight seal, leaving the crew unable to control the water as they needed. Using the ROV, they could see the debris that hindered the beams’ ability to create a seal was quickly located and removed, allowing the team to continue on with minimal fuss.

During recent repair work at the Smith Reservoir intake structure, the team had been experiencing difficulty with lowering the gate into position. The rail guide system used to move the gate was jolting and not aligned, making moving the gate incredibly difficult. Using the ROV, the team was able to determine where the system was running into trouble and how they could fix it to allow the gate to open and close. Thomas noted here that, “without the camera, this would not have been possible.”

Thomas remarked that the team has also found the ROV useful for the Utility’s potable water department. The EWEB crew needed to get a camera into a 20 million gallon clearwell reservoir. After sanitizing the robot using a chlorine based solution, the ROV was able to enter the reservoir to monitor the presence of sediment,.

“Many of the events in which we’ve used the ROV have been unscheduled,” shared Thomas. “The flexibility of having this tool available to us as the need arises is something we have found very convenient.” 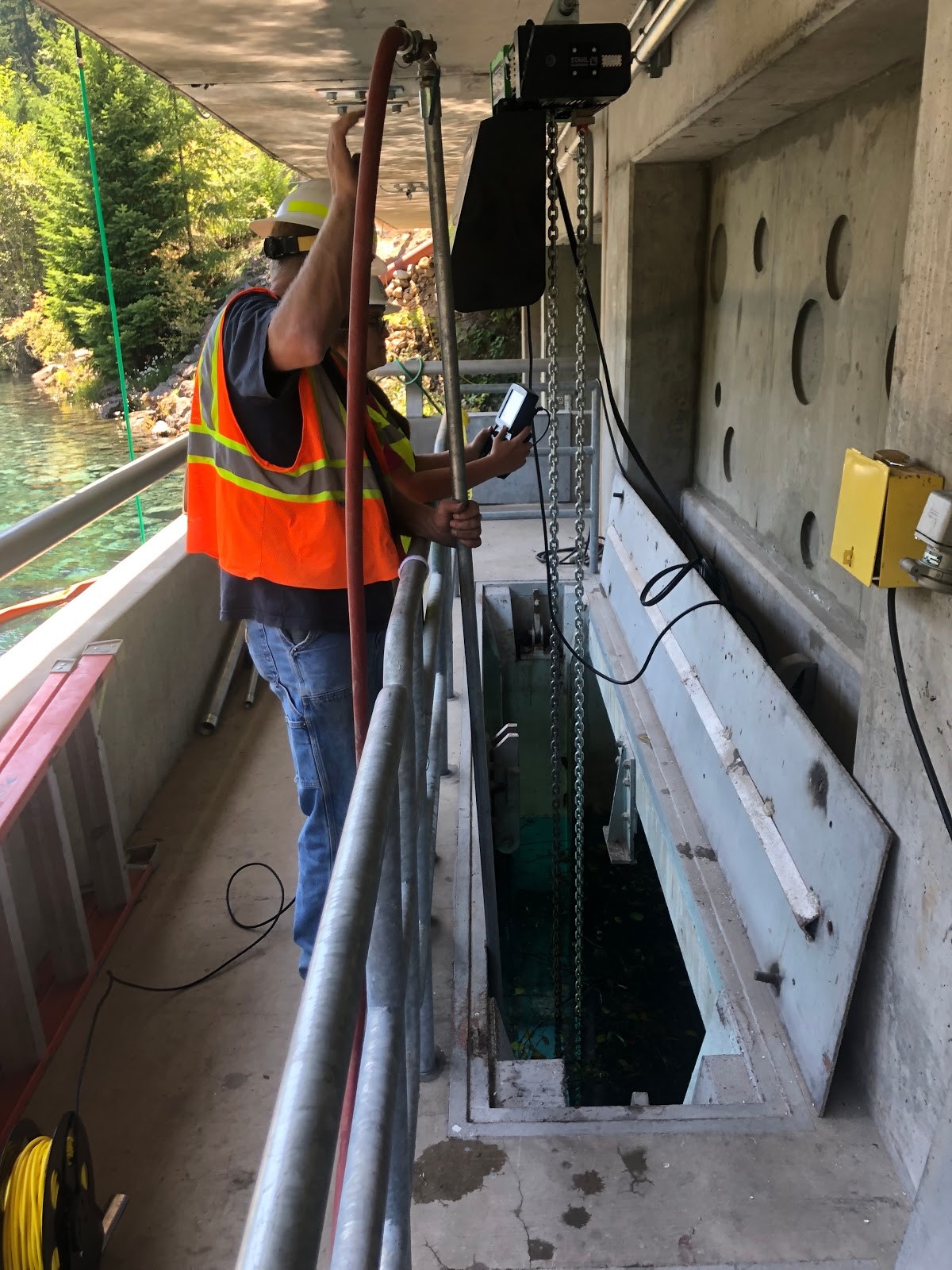 Thomas noted that the connection Deep Trekker builds with their customers has made a huge impact on him and the EWEB team. “Customer service has always been there for me whenever I need to reach them,” Thomas shared, recalling a specific occasion where technical support was able to assist him in adjusting ballast plates on the robot. “We are very appreciative to the Deep Trekker sales team in making this possible.”

Learn more about Deep Trekker use in municipalities or contact an industry specialist today!