For the first time since it was lost, HMS Erebus has been examined inside and out to lend clues into Franklin’s tragic expedition.

This August, Parks Canada while equipped with a Deep Trekker DTG2 ROV, traveled north to uncover the mysteries surrounding the HMS Erebus and the rest of the lost Franklin expedition. The Deep Trekker underwater drone was used to provide live HD footage and images to the team at the surface while it dove into the icy waters to investigate the confined lower levels of the sunken ship. During their investigation, the research team was able to access the lower hold to acquired imagery of features never seen before.

Along with the robust design and internal batteries that made Deep Trekker the best tool to easily explore in the Northern Passage, the underwater drone was customized specifically for the project to include an inertial measurement unit (IMU) and a full HD camera.

The initial images of the Deep Trekker penetrating the ship have recently been released. We will continue to share more as is available. 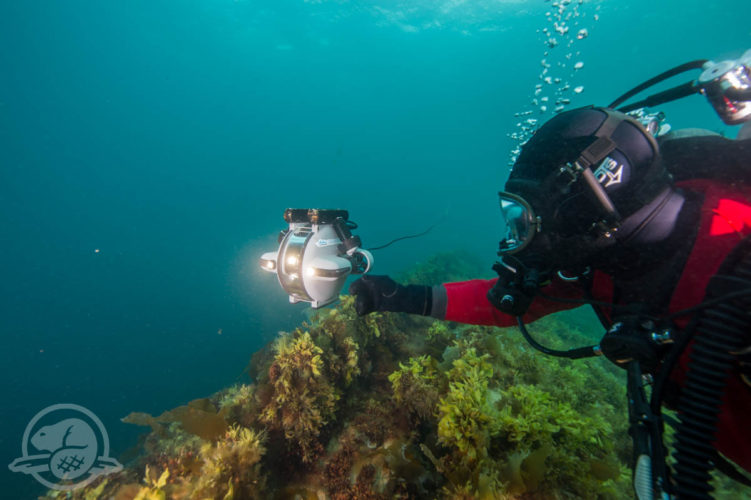 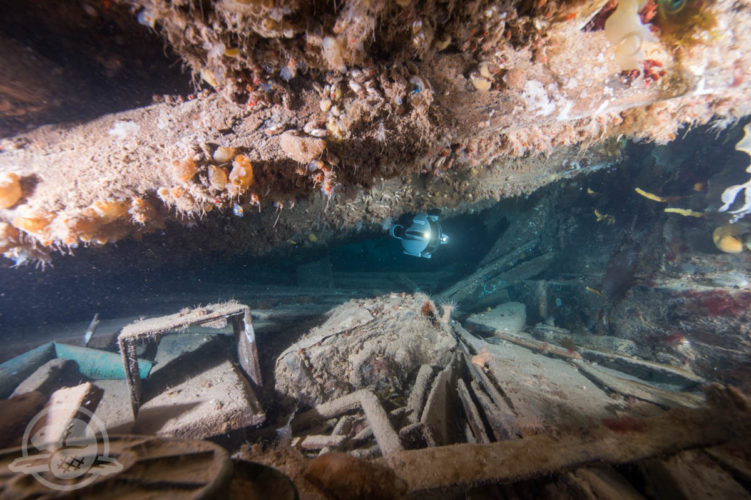 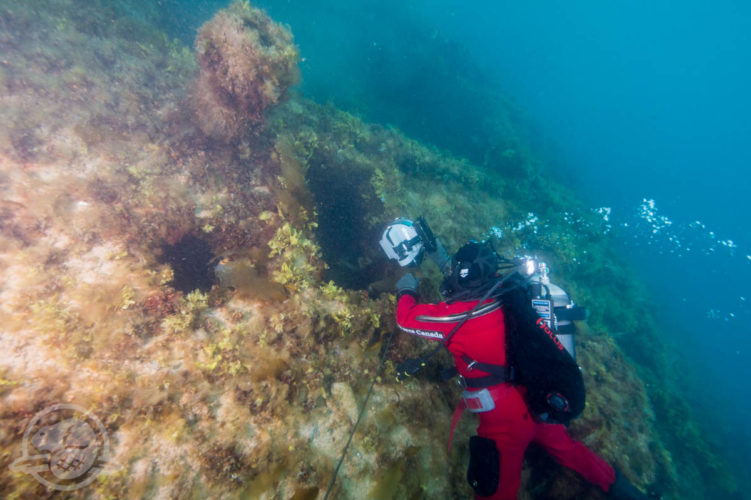 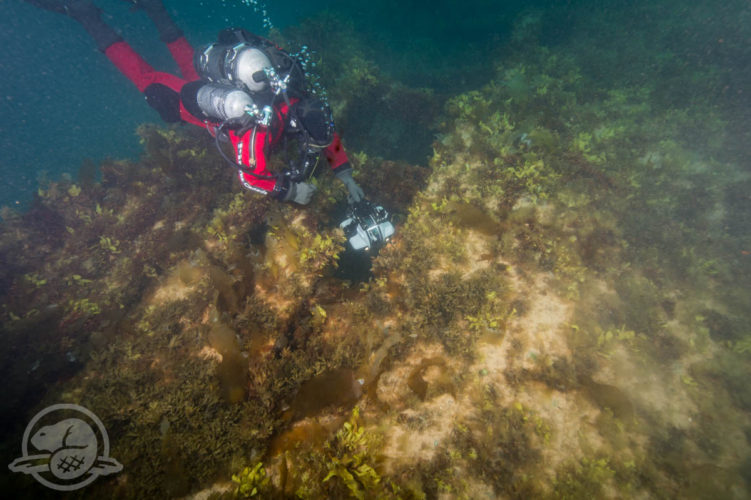 The discovery of the HMS Erebus in 2014 has been a major milestone in the search for what took place those solemn years. The exploration of the HMS Erebus with the Deep Trekker ROV systems has been the next piece of the puzzle that will provide insight as to how events unfolded during the expedition, insight into naval architecture in the 1840s, and hopefully locate some missing clues that will continue to expand the story of the Franklin expedition.

Don’t know the story of the Franklin Expedition? 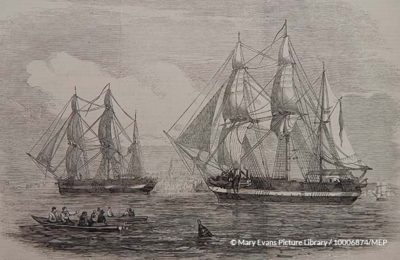 In the spring of 1845, the HMS Erebus and HMS Terror set sail from England with its crew of 134 under the command of Rear Admiral Sir John Franklin. The crew’s mission was to discover a crossing to Asia across the top of Canada’s elusive Arctic known as the Northwest Passage.

This was not the first expedition to navigate in chilly Arctic waters. The British Royal Navy had had considerable previous experience exploring northern and southern polar climates. To prepare for this undertaking, the crew had been outfitted with enough provisions to last for three years. The ships' holds bulged with materials that included salted-beef, vegetable, wine, chocolate, tobacco, and even wolf-skin blankets to keep the crew warm. It was also going to be necessary for the ships to produce their own fresh water supplies. Each was equipped with a desalinator that could produce an endless supply of fresh drinking water extracted from the salty seas.

About the HMS Erebus and HMS Terror Construction

The HMS Erebus and Terror were originally designed for war - constructed as bombing vessels with rotating mortars mounted at the bow which needed to be supported by a strong internal wooden structure. This made them ideal vessels for the mission; their robust construction provided them with the ability to withstand their long journey. However, the ships needed more in order to withstand punishing Arctic conditions. Coupled with their already vigorous framework, thick iron plates reinforced the bows of the Erebus and the Terror; inside walls were fortified with added beams to protect the hulls against run-ins with ice. Additionally, the ships were retrofitted with steam propulsion engines to provide enough power to pierce through the icy obstacles. They appeared to be ideal ships for Arctic exploration.

On the Arctic Expedition

In August 1845, the HMS Erebus and Terror coincidentally met with two whaling vessels just outside of Baffin Bay. During their exchanges, Franklin explained they were waiting for an opportune moment to cross into the bay safely.

Aside from casual meetings with the Inuit, Sir John Franklin and his crew would never be seen alive again.

The disappearance of the vessels sparked a massive search effort in the Arctic. Hudson's Bay Company doctor, John Rae, collected artifacts and testimony from local Inuit which would later reveal the dramatic circumstances of the expedition’s fate.

In 1859, a somber note was discovered next to a cairn on Victory Point, King William Island.

The message revealed that in late 1846, the HMS Erebus and HMS Terror had become imprisoned in ice and remained there for approximately one and a half years. It also indicated the passing of Sir John Franklin on June 11th, 1847.

After being trapped for so long and with the loss of their commanding officer, the remaining crew members abandoned the ships and set off on foot in search of safety; tragically none would survive. The entire crew of both the HMS Erebus and HMS Terror were lost in the Northwest Passage of the Canadian Arctic - succumbing to hypothermia, scurvy, and starvation.

Physical evidence of the ships was gone but not lost. Nearly 170 years after Franklin's ships left England, the Victoria Strait Expedition, led by Parks Canada, discovered the wreck of the HMS Erebus in September of 2014, south of Victoria Island in Nunavut. Among the artifacts retrieved was the ship’s bell. On September 18, 2016, the HMS Terror was also discovered off the shores of King William Island in Nunavut.

In partnership with the local communities, Parks Canada and the rest of the underwater archaeology team will continue their investigations with help from Deep Trekker ROVs to access confined areas and internal holds of the ship. Not only to ensure the preservation of both sites but to uncover more knowledge and insight to the final days of the tragic Franklin expedition.