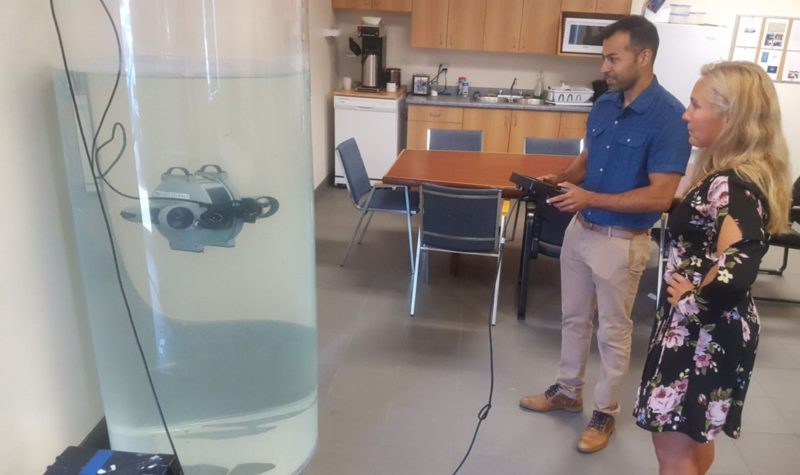 On Monday July 23, 2018, the Deep Trekker team was honoured by a visit from Marwan Tabbara, Member of Parliament, Kitchener South Hespeler. With tough trade negotiations and newly instated tariffs with our neighbours to the South, MP Tabbara has made it a priority to visit the Canadian owned companies that will be affected by ongoing changes in trade relations and regulations.

MP Tabbara’s riding falls right in the middle of the Toronto Waterloo region dubbed “the Corridor.” Proudly Canadian; it is a global centre of talent, growth, innovation and discovery. Rivaling the best in the world, this 100km stretch is the second largest technology cluster in North America. Placed strategically, in the heart of the hub - sits Deep Trekker. 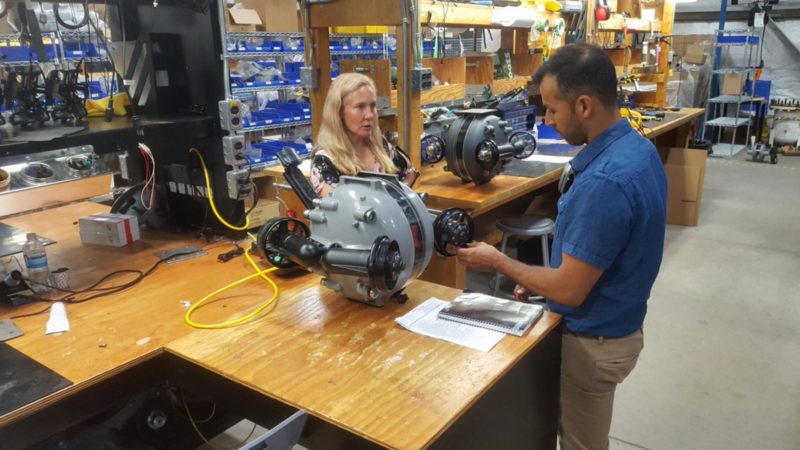 Deep Trekker, was placed on MP Tabbara’s radar by the the President of the National Marine Manufacturers Association (NMMA), Sara Anghel. Supporting the development of Deep Trekker through multiple trade show opportunities and grant funding, the NMMA has watched the company burgeon from its early beginnings in a garage to being a leader in innovation and development within the remotely operated vehicle (ROV) industry, on a global scale.

Having witnessed both the successes and struggles of the company, Ms. Anghel felt Deep Trekker President, Sam Macdonald, could speak directly to the changing trade environments around the globe, specifically to the impact on business in Canada to MP Tabbara. Always keen to discuss the generation of and sustainability of business in Canada, Sam met MP Tabarra and his team, Monday morning, welcoming them to our headquarters.

The visit was a learning experience for all who participated. The Deep Trekker team quickly discovered the MP’s enthusiasm for innovation and technology. With a background in electrical engineering, he was able to understand and pose insightful questions to both the engineering and production teams during his visit. Impressed by what Sam termed “Boot Strap Management”, MP Tabbara learned about the early beginnings of Deep Trekker, the utilization of important resources such as the Accelerator Centre and the Ontario Chamber of Commerce, as well as perseverance and sacrifice.

The Future of Deep Trekker 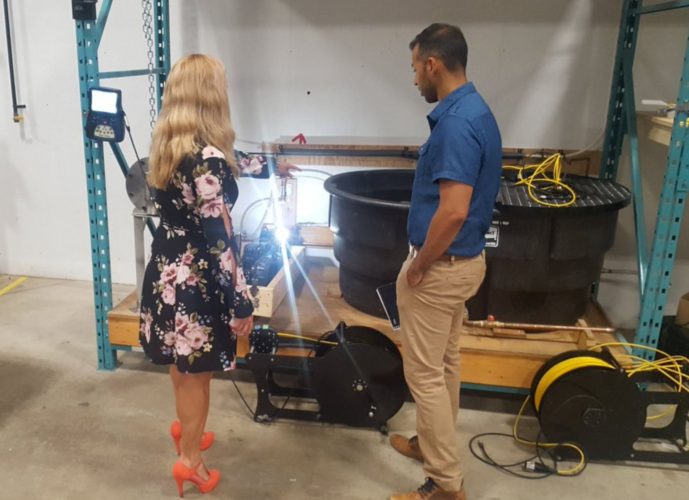 Both Sam, and CEO Jeff Lotz, worked diligently to ensure as much of Deep Trekker’s development and production remained in house. From hiring top candidate engineers from Waterloo and Conestoga, to assembling of all systems within the facility on Trillium Drive, it has been a team effort from the beginning to remain Canadian made.

When talking about the future of trade with the United States and beyond, Sam advised the MP that “Deep Trekker has from its very first sale ever to Norway, recognized the importance of strong, compliant trade relationships. The team will continue to remain motivated (despite changes), to ensure a seamless sales transition, from purchase to delivery to all of our customers around the globe.”

The Team at Deep Trekker is thankful to the NMMA for their continued support, and to MP Tabbara and his office, for taking the time to visit the facility and engage with the team about what it means to be and remain a proudly Canadian company.

Get in contact with Deep Trekker today for more information!