At a Glance | What’s New With the DTG3 ROV

After 10 years of listening to our customer’s feedback, we wanted to make the best ROV possible by giving customers a stable, powerful platform with hyper-intelligence, a user-friendly interface, superior camera quality while still providing the Deep Trekker advantages that we have offered our customers up to this point.

With thousands of DTG2s in operation in more than 90 countries around the world, we have learned a lot!

The DTG2 is respected in various industries for its portability, easy to use design and durability. We have taken what we’ve learned from the DTG2 and enhanced its features, taking a huge leap forward in its overall capability. 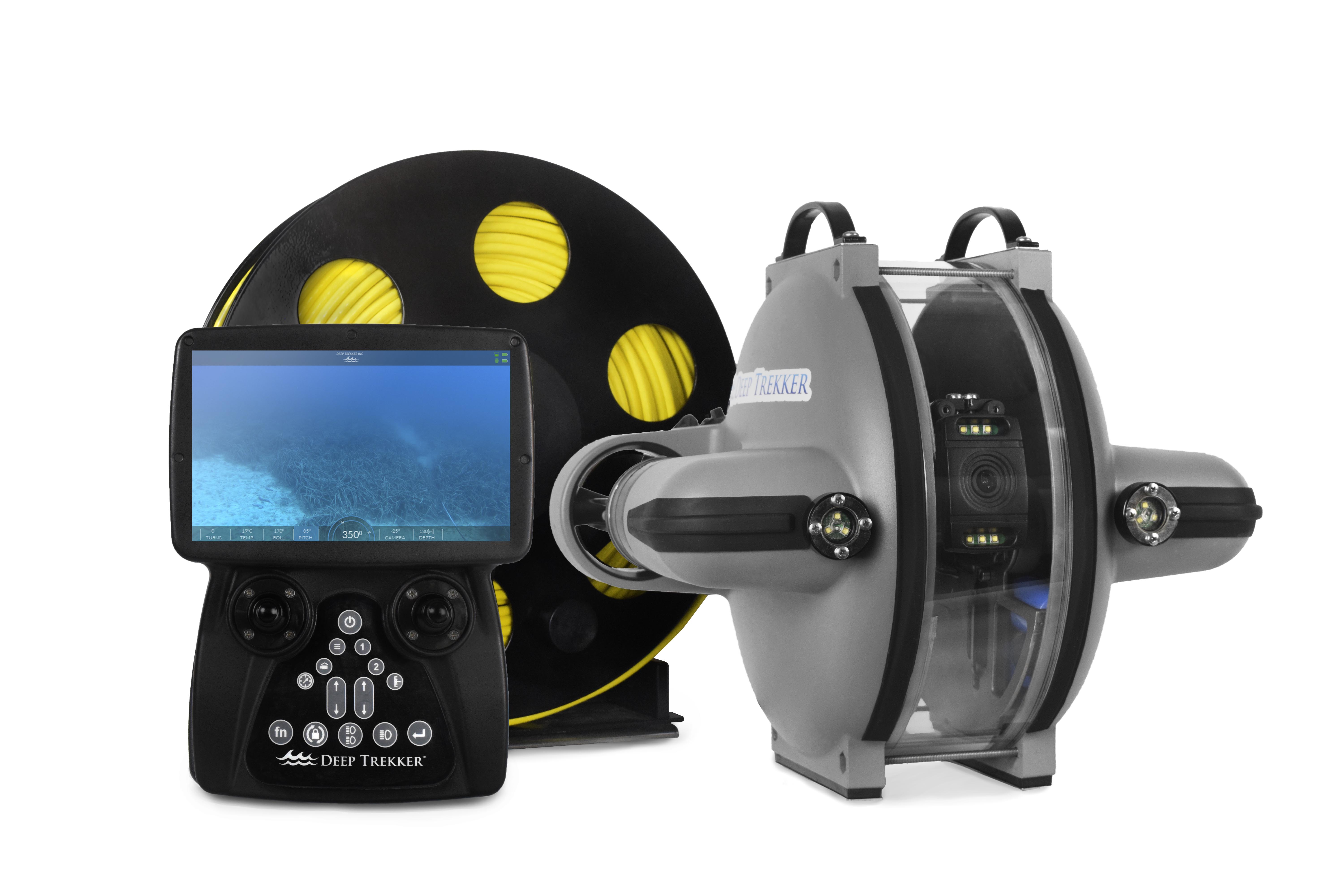 The DTG3 ROV is depth rated to 200 meters and offers tether length options of up to 800 meters (that’s double what the DTG2 offered!) It also comes standard with Hybrid power, meaning it can operate off batteries or via topside power for longer operations- simply plug the controller into a charger.

The DTG3 ROV can handle even harsher environments and current conditions, all while keeping a much more stable pitch. Using sophisticated algorithms for camera stabilization and advanced sensors for horizontal and vertical stabilization, the DTG3 has the superior control over the global ROV market.

Auto depth and auto heading allow for ease of use when working in high current and greater stability for crisp video. The stability of the steering is powered by Gyros and AI – simply put, a smarter robot.

Deep Trekker prefers a smaller, more portable screen on its controller, but we don’t want our customers requiring additional topside control consoles that are bulky and cumbersome. The DTG3 ROV is equipped with a new 7” screen with an option sun shield for those brighter days. The modern interface is powered by an embedded operating system that allows the operator to include more advanced integrations over time.

The previous DTG2 had a 4K camera option, but it was a cost prohibitive add-on for many. The DTG3 ROV comes standard with a UHD 4K camera, and an adjustable recording capability from 720p to 4K. Along with its improved look and feel, we have also improved connectivity. The handheld controller includes HDMI, USB, Ethernet and SD ports, making it easier to connect to record and connect to larger monitors.

The DTG3 ROV has dimmable auxiliary lights and the 4K camera is a strong low-light performer. Underwater environments can be difficult for camera men and women to get quality pictures using traditional digital cameras. We have focused our attention on the need for a good camera that performs well in dark and sometimes murky environments.

Deep Trekker enjoys adding new capabilities to our robots and we understand the importance of integration. Working with companies such as Tritech has increased the number of applications our vehicles can assist with.

The DTG3 ROV is now directly integrated with the Gemini 720ik imaging sonar, viewable on the ROV controller. Imaging sensors are essential for murky water applications, large scale surveys and search and rescue operations. We now offer the experience of Deep Trekker’s true portability coupled with the capabilities of Tritech sonar.

We have also partnered with Blueprint Subsea and Waterlinked - manufacturers of underwater positioning equipment. Both companies utilize dunking transducers that communicate with a transponder on the ROV to allow for the operator to then see the ROV's GPS position on a Google Earth map - all on the same controller as your ROV's video and sonar data.

The new Pelican case offers further durability and protection of your brand new ROV. The case comes equipped with wheels, so travelling through the airport or even up a mountain is more efficient!

﻿Interested in more information? Contact us and we will begin building the ROV that is right for you!

The offshore industry is constantly looking to new technological innovations,...

BRIDGE Technology | What is That?!