Safe, clean drinking water is something that we take for granted on a daily basis. There are many functions that need to be regularly maintained to avoid contamination. Monterrey Water and Drainage Services understands the importance of proper maintenance of water networks and continues to look to improve its capabilities in leak detection and reviewing structures with the DTG3.

Monterrey is the capital of Mexican state Nuevo León, with a population of over one million people. The city has a sprawling business and industrial center that relies heavily on water and wastewater networks. The city has experienced extreme weather, including Hurricane Alex which made landfall in June 2010. Property damage was estimated over USD 1.2 billion, including widespread potable water storage infrastructure destruction, leading to over 160,000 people without water for over a week.

Recently, the company purchased a DTG3 ROV to conduct visual surveys of their water structures and prioritize repairs based on urgency, as well as evaluate defects over time to maintain progress. 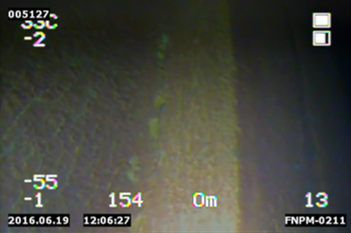 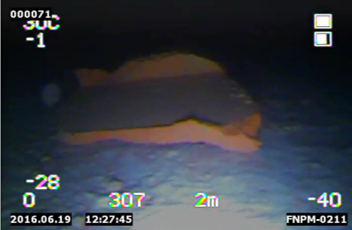 Benefits of the DTG3

Although natural disasters are not preventative, ensuring existing structures are in good condition to withstand challenges is critical. It is important to repair the ones that are not in good condition, especially in extreme weather prone cities.

Typically, inspections of submerged structures - such as water storage tanks and reservoirs - are conducted by divers or by draining the entire system and entering. Both of these options are quite dangerous, costly and time consuming. As a result, there are often budget constraints and processes that prevent inspections from occurring at all.

If cities own their own inspection system, such as the DTG3 , cities are capable of performing inspections, preventing manned entry, resulting in a safer work environment and preventing the need for budget approvals for each inspection.

Deep Trekker is a manufacturer of affordable and easy to use remotely operated vehicles, capable of performing inspections of submerged infrastructure. The DTG3 is a swimming vehicle that can dive to depths up to 150 meters. It is equipped with a high definition camera and bright LED floodlights, delivering the video to a handheld controller on the surface so that operators are able to view subsea inspections directly on the screen. Deep Trekker also offers attachments for each ROV, including a Grabber Arm, thickness gauge and sampling devices to help operators diagnose the condition of each structure.

Monterrey purchased the DTG3 for inspecting the city's structures and immediately reaped the financial benefits and reduced the expenses of hiring a dive team.

"It is practical and well built equipment for inspections of potable water tanks. It is useful for making reports of the interior of the tank and allows you to evaluate the conditions of walls, slabs, degradation of the reinforcement steel and other damage and anomalies. It helps decision making to implement preventative or corrective maintenance according to [our] case," said Ramiro Carlos Meza de Ochoa, Monterrey Water and Drainage Services.

The DTG3 was used to evaluate the condition of Monterrey tank walls and slabs. When the system entered the tanks, it detected defects, depreciation and fissures. This enabled Monterrey to determine a timeline for each tank, a preventative or corrective maintenance plan and the likelihood of it withstanding future weather events.

The DTG3 is a low risk investment that can lead to further regular inspections of water tanks and efficient asset management.

Deep Trekker, a Canadian underwater robotics company, has been acquired by UK...

What Makes a Good Underwater Camera

This article will act as a comprehensive guide through the different features...