Home / News / Offshore Wind: The Future of Energy
Back to News

Offshore Wind: The Future of Energy

Oil prices have been falling, the Earth's environment has been suffering from Global warming and the effects of burning fossil fuels. This is not ground breaking news. There are now solutions under way and renewable energy sources are no longer a pipe dream. Not long ago, we predicted the Top 7 Energy Sources of the Future and number three from that list is beginning to produce tangible results.

Below is a map from 4C Offshore showing the location of over 1,000 of the world's offshore wind farms: 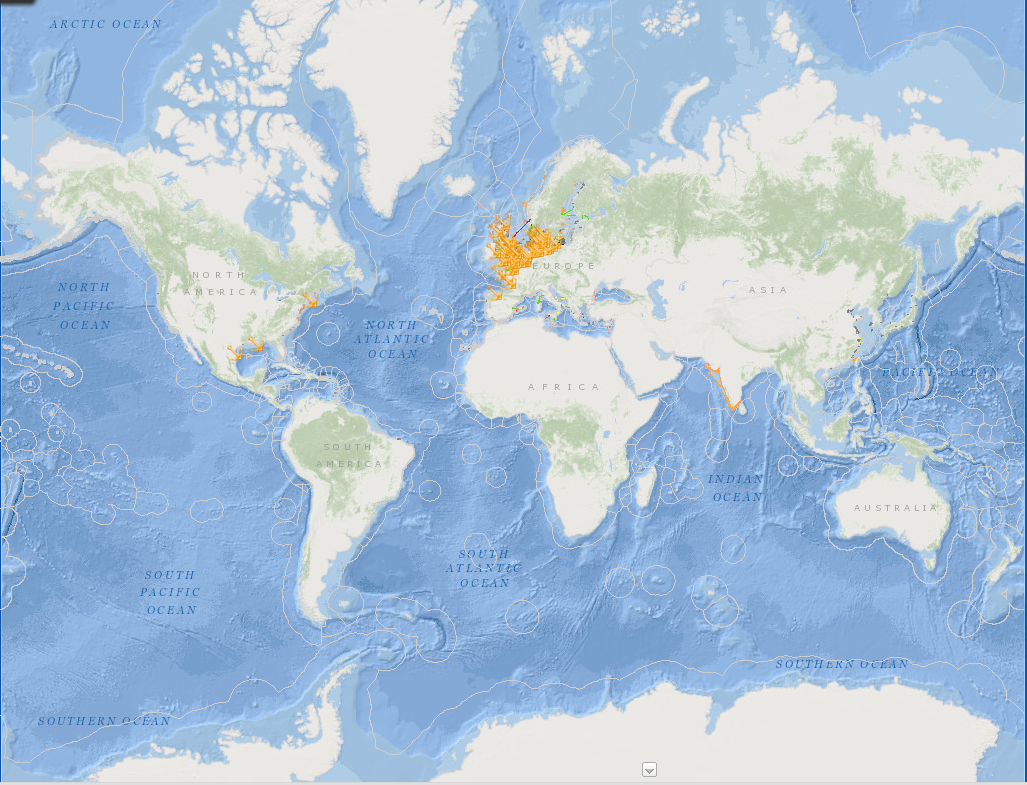 The trend has begun to pop up in North America. On December 20th, Beothuk Energy from St. John's, Newfoundland in Canada unveiled a plan for a $4 billion and 120 wind turbine project off the coast of Nova Scotia to provide power to New England in the United States. This plan makes sense for energy production due to its limited depth (just 30 meters) and close proximity to land (20 km to Nova Scotia). These factors limit the cost of maintenance while the project is still capable of providing 1,000 Megawatts of electricity.

For a quick reference, Nuclear Power Plants can range in production between 450 and almost 4,000 Megawatts and the average Coal Power Plant in the United States produces 547 Megawatts of electricity. Though there is no easy formula to determine the average requirement of power for a city, it is safe to say that 1 Megawatt can supply power to 650 homes.

Any project that is able to provide 1,000 Megawatts is impressive. Even more impressive is if the power plant creates a minimal impact on its environment. If this program is initiated, the most important step after construction is maintenance. The power of water in the ocean, whether it be the salinity of the water or the force of its movements, is tough on any structure. Routine inspections on these structures for corrosion and signs of structural wear are how small problems will be caught early and repairs will be kept relatively inexpensive.

Deep Trekker ROVs offer a cost effective solution for power producers to keep eyes on the submerged portions of their structures with no added hassles of complicated training programs. The ROVs are easy to use and can save companies like Beothuk the expense of regular inspections by servicing companies while still reducing the risk of ignored water-bound structures.

Deep Trekker Remotely Operated Vehicles (ROVs) are routinely used for submerged inspections however this specific case was interesting in that it was conducted at a very impressive distance of 700 metres.

With the use of a Deep Trekker ROV, operators are able to perform convenient and efficient underwater inspections without having to put human divers in danger. When equipped with an ROV, operators can not only effectively review the integrity of tanks but they can keep systems online while doing it. Deep Trekker provides an easy, efficient and safe inspection tool for a variety of offshore structures including, sea chests, ballast tanks, moorings, risers and legs.

Completing around 1200 inspections per year on all sorts of structures, Asset Insight conducts their work remotely with robots. It is incredibly important to the team that no humans are put in danger whether that be in confined spaces, heights, underwater, etc. For submerged infrastructure, the Deep Trekker DTG3 is used to optimize operations and keep personnel safe.

In this specific case a 700 metre pipeline was laid from the shore. Looking for any damages or imperfections to the pipeline, the team was able to keep people safe onshore while conducting a visual inspection.

Prior to acquiring the DTG3, a diver was necessary for any submerged inspection. This was not only hazardous to the dive team but cost the organization significant amounts of both time and money. With the vehicle, humans are kept safe while organizations can optimize their inspection times and budget.

The team noted that the easy operation made a big difference in their choice to obtain a Deep Trekker specifically. In addition to being portable and straightforward to deploy, the actual Deep Trekker controller is quite simple and easy to learn to use. Furthermore, Asset Insight shared that Deep Trekker and partner Spectis Robotics were willing to go the extra mile to help the inspectors. “The long tether - other ROVs go up to 500m. We had to do 700m,”Asset Insight also noted that, “Spectis Robotics served us well.”

We sincerely thank Asset Insight and Spectis Robotics for their time and assistance.

To learn more about how Deep Trekker vehicles are used in the energy sector, check out Customer Success Story: Che Swearengen and Ontario Power Generation , 5 Ways ROVs Optimize Inspections at Nuclear and Hydroelectric Power Stations and Using an ROV to Inspect Confined Spaces .

Icebreaker Wind is a unique offshore wind energy project - the first offshore wind facility in the Great Lakes, the first freshwater wind farm in North America, and only the second offshore wind project in the entire U.S. Aside from a small pilot program along the coast of Finland, offshore wind turbines have not been placed in waters that freeze during winter. Moving ice can be problematic when it is pushed by storms and currents, knocking into masts that hold up the turbines. A major test could be coming soon in Lake Erie near Cleveland. If the six turbines in the Icebreaker Windpower project are built, they could usher in a new era of offshore power in freshwater lakes, rather than coastal seas, which has never been done before. The Ohio Power Siting Board has given preliminary approval to Icebreaker, to be built by the nonprofit Lake Erie Energy Development Corp. (LEEDCo). Final approval could come this fall, and the turbines could be operating within three years. Icebreaker would be the second offshore wind farm in the U.S. The Block Island Wind Farm—13 miles off the Rhode Island coast—began generating electricity in late 2016. The Lake Erie turbines would produce about 21.7 megawatts of electricity, enough to power approximately 7,500 homes. Researchers says that the Great Lakes offshore wind energy has some advantages over Atlantic coast locations: shallower floor depth, smaller waves, no hurricanes, electrical grids close to shore and competitive wind speed. If Icebreaker succeeds, they predict hundreds of Lake Erie turbines could follow.

As with any underwater structures, frequent maintenance and inspections are important to ensure the integrity of the operations. Underwater installations at sea-based wind and solar installations can be conducted from a boat with the one-man carry ROV system. Operators are able to safely inspect their turbines without risking the safety of divers. If divers are needed in the water for repairs or inspections, the DTG3 ROV or REVOLUTION ROV offer peace of mind by acting as an extra set of eyes in the water for safety, security and guidance.

Monitoring salvage divers as they perform underwater construction, scouting for sites that won't negatively effect the surrounding areas and performing inspections of newly installed equipment are all achievable tasks with the use of a Deep Trekker ROV.